/>
Jesus is not for Jews 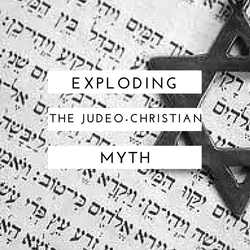 For nearly thirty years Sophiee Saguy has been answering questions from Jew and non-Jew alike about Judaism, the T'nach (bible) and why Jews never became Christians, Muslims or any other religion.   Unfortunately many Jews today are raised with very little Jewish education.   Hopefully, before they turn their backs of a 3500 year history of their people they will ask a few questions.

Sophiee will try to answer them.

If you are not religious (and are a Jew) have you ever wondered why your ancestors, for over 3500 years, have been Jewish? Have you wondered why they rejected Christianity, even though becoming Christian would have meant avoiding exile from their homes, or even death?

Before you think that you can “accept Jesus” as your “messiah” or even as a part of G-d (which will cut you off spiritually from G-d and the Jewish people no matter what the missionaries tell you) don’t you think you owe your ancestors the respect of hearing WHY they, for hundreds of generations, avoided the path you now consider?

The missionaries believe it. But they are wrong. Hearing about Judaeo-Christianity it is easy to be fooled into thinking that Judaism and Christianity are nearly the same (except for Jesus) -- but that is incorrect. Take the time to learn what Judaism actually teaches before you turn your back on your heritage through a lack of knowledge. . . Even the Jews who themselves have become Christians – famous names like Michael L. Brown, Moishe (Martin) Rosen (founder of Jews for Jesus) and others had little to no Jewish education.

Consider Michael L. Brown (a person held up by missionaries as a "Jew who turned to Jesus" as proof that Jews can be Christians).  Brown states that he was born a Jew but by the time he was 14 he was into drugs and stealing. A Christian website writes of Brown "(Brown) got caught up in the 1960s counterculture. He played drums in a rock band and started using drugs at age 14. He shot heroine and cocaine, and even stole money from his family to support his habit."

The point being that anything Brown thinks he knows about Judaism comes from missionaries. If he stopped his Jewish education at or around the age of 14 then all those Talmudic quotes he loves to spout were not likely known to him back then. Nope. Brown's "education" on Judaism is all at the hands of Christians -- and were not in "Judaism." His advanced degrees are in languages (not religion) and are not from Jewish institutions.

How about Moishe (Martin – he took the more Jewish sounding name when he became a Christian) Rosen, founder of Jews for Jesus?

Rosen stated that his parents were not religious -- ergo his Jewish education was limited or non-existent. His education? A Christian school, of course. A school formed by the Brookdale Baptist Church -- Rosen was a Baptist. His family was not religious. From Rosen's biography (written by his daughter), "A certain amount of religious activity was expected in order to show loyalty to the Jewish people, but as often the case, those activities neither stemmed from nor inspired deeply held spiritual convictions in the Rosen household." (page 7).

"Rosen’s father maintained that "all religion is a racket," and his mother, while not sharing her husband's cynicism, did not seem interested in religion. It would be fair to say that Rosen's childhood was strongly shaped by Jewish values, but not by Jewish faith." (page 7).

The important lessons to be gleaned from Brown and Rosen (and other Jews who convert to Christianity) is apostate Jews such as these are used by missionaries to try to convert other ill-educated Jews as well as to convince Christians that Christianity is "right" and Judaism is "wrong."

The missionaries generally tout these apostate Jews who turned to Jesus as somehow "expert" on Judaism (simply because they were born Jewish).   The apostates take advantage of the money that churches and Christians will give to them -- Brown has written book after book answer "Jewish objections to Jesus" -- and yet his Jewish education is FROM Christians. The same was true of Rosen. If you research other Jews who became Christian missionaries (for example Leopold Cohn, founder of the Chosen Peoples Ministry) and other Jews who have become Christians you will find a common "bond" is that none of them had a decent Jewish education -- and that they made money as Jews "turned" Christian.

Do not be fooled when a missionary points to an apostate Jew who has become a Christian and you are told "what do those Jews know that you don't?" The fact is that those poor Jews don't know -- because the sad fact is they have been lied to as much as any other Christian.

Just because someone was born a Jew (like Brown and like Rosen) does not mean they were learned in Judaism and then chose Jesus. Unfortunately far too many Jews today are NOT educated in Judaism. They are not raised in Jewish observant homes. . .when you read their bios this is clear. . . They were led astray, and they in turn lead others astray.

If you are a Jew realize that your people have a very special and loving relationship with G-d. Before you turn your back on your fathers, and your fathers’ father don’t you owe it to them to at least learn what it is they believed? They accepted death or exile over conversion – and yet you are willing to reject everything they stood for to become a Christian (even if you call yourself a “Messianic Jew,” or a “Hebrew Messianic,” or some such term to sound Jewish do not fool yourself. . . by following Jesus you are a Christian).

My page is here to teach the differences between Judaism and Christianity.  The two have very little in common, with the exception of Christian claims that Jesus was the Jewish messiah and mis-use of the T'nach (Jewish bible).  Read a few posts here and you will see that there is no devil, no hell, no divine messiah (god like), no virgin births, no need for "salvation" of your soul -- on and on the list goes.   All of this is found in the Hebrew bible:

And what does salvation mean?

Salvation in the bible means that physical lives are rescued from danger -- the term is never used to speak of immortal souls needing to be "saved."

I plead with secular Jews or Jews who have embraced Christianity to read my posts, seek out Jewish answers. Do not blindly accept what a missionary tells you about Daniel 9 or Y'shayahu / Isaiah 53. . . ASK what the Hebrew says. Ask what it means. . . When presented with a “proof text” (e.g. Isaiah 53:10) go back a chapter or two and read it for yourself IN CONTEXT. It quickly becomes clear that Jesus is not in the T’nach.

Christianity is NOT Jewish (it is primarily pagan, but borrows quotes from the T’nach to “support” its paganisms like virgin births and gods in human form). Before you make G-d weep. . . before you turn your back on your ancestors. . . I beg you to ask questions. Do research. Learn! Remember the words of the prophet Hosea (4:6) "My people were silenced for lack of knowledge; because you have rejected knowledge.”

Open your hearts and minds to G-d, and to the knowledge of His T’nach.